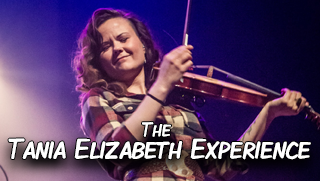 A co-founder of The Duhks and member of The Avett Brothers for the past 6 years, Tania Elizabeth has been a full-time touring musician since age 15 when she started her own record company, released two albums back-to-back and began touring internationally. Joined by Dominic John Davis
(Jack White) on bass and Scott Senior (The Duhks) on percussion, The Tania Elizabeth Experiment will feature special guests Bailey Warren, John Gray and members of the Duhks. Look for Tania’s original songs and fiddle tunes as well as songs by Dan Frechette.